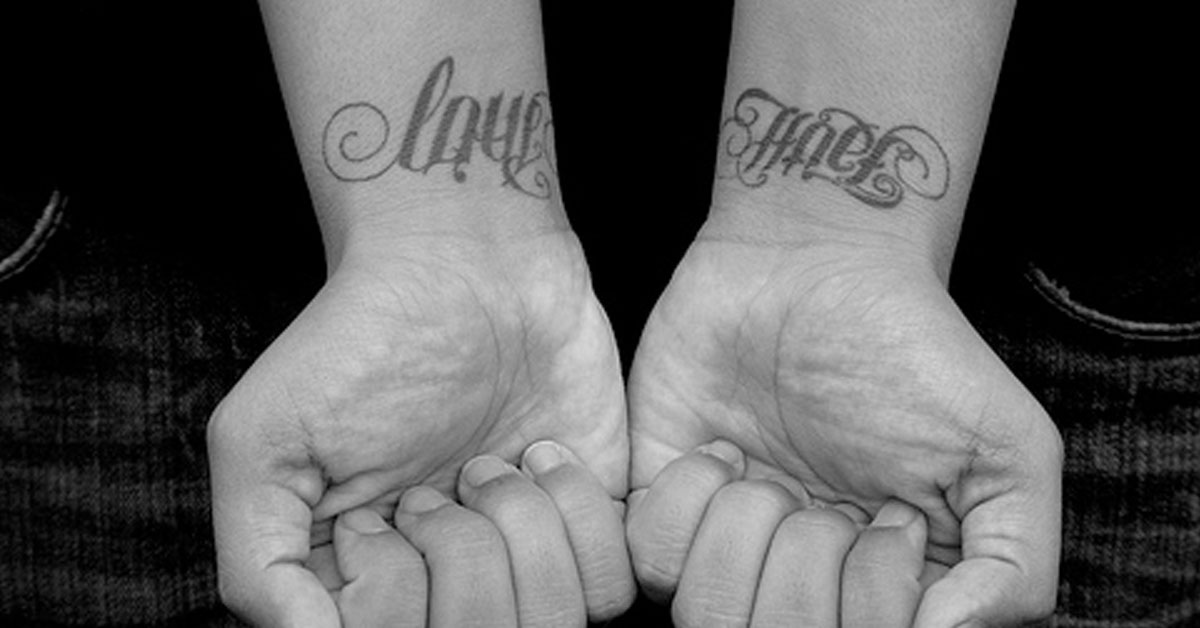 It’s easy for me to write about my perspective during my performances in the prison. I share my point of view and snippets from prisoner surveys along with their quotes taken during our two-way discussions after each piece is performed.

For the latest recital, I invited two composers and a few guests from the community to join me. I also asked a few of them to share their unique perspectives and thoughts to add a different vantage point:

To some, prisoners are animals behind locked bars. To me, they are fellow humans having locked their hearts behind a rib cage and lost the key. The guard wears pieces of metal keys. They unlock the bars of prison cells. I make keys too. They are invisible keys I call music. I remember the labor that went into every piece. I know the love and hope each key required of me. Thanks to the beautiful playing of Holly, my music went on a mission, unlocking the rib cage of men behind bars. And for a moment, love and hope set them free! Sharing freedom with men who have lost it has given me much to contemplate. Having heard some of their reflections, I am more certain than ever that I am only at the gate of something important. I need to get back to work and make many, many more keys. 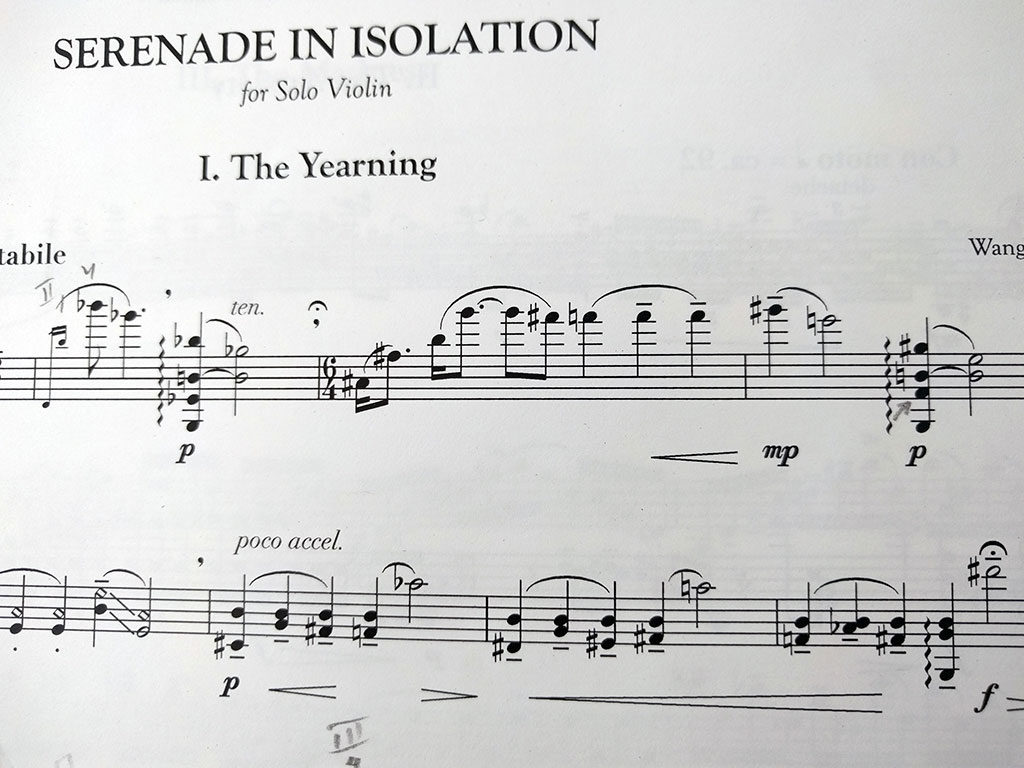 Performing at Walker State Prison for the inmates was truly one of the greatest gifts I have ever received as an artist. The act of performing so often feels like just that, performing, but at its essence is an act of communion. To truly experience this requires of everyone in the room an attention beyond what we normally allow ourselves and a willingness to be at our most vulnerable. These were the conditions at Walker State, a correctional facility unlike any I could have imagined where the notion of rehabilitation is not just a keyword in a mission statement, but a way of life for the inmates and those that look after them.

It was a thing of beauty to see these souls who had obviously lost their way at some point to find redemption in the simple act of communing around a musical performance, communing with us, sharing themselves and their gratitude for the time spent together. For some, this was an experience unlike any they had ever had and yet they approached it with the openness of a child and the maturity of a true contemplative. For others, this was a growing way of life within the walls of Walker State and one that has, in their words, “allowed them to feel again.”

I was astounded by the imagery they shared in reaction to the works we played for them as well as the incredibly astute observations that would have alluded even the “indoctrinated” under normal circumstances. But most of all, I was profoundly moved by how moved they were by this experience, by just how much it made them feel and by the creativity it inspired in all of us as we responded with true hearts to the sanctity of this covenant between us.

I have never before been so thoroughly convinced of the restorative powers of music and its absolute necessity in our lives. It enriches us in ways we too easily take for granted and brings out the best in our humanity. I suppose in the back of my mind I have always known this and I recite it like a mantra to keep myself from losing faith, but my new brothers at Walker State have given me the gift of knowing this to be most certainly true and for that, I am ever in their debt. 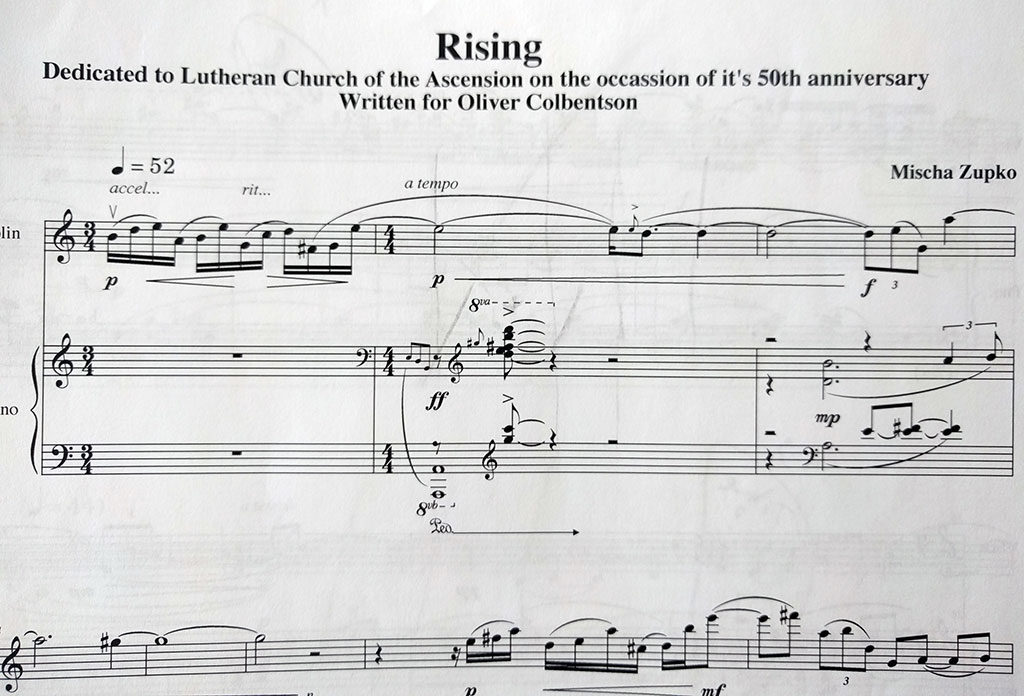 As a classical musician, I tend to listen to music as a synthesis of forms, harmonies, textures, and styles. I frequently find myself focusing on the details in music, rather than stepping back and losing myself in a work. I have long held this to be a strength, a mark of “musical aptitude,” but our visit to Walker State Faith and Character Based Prison made me realize that I have a handicap.

The music performed during our visit truly spoke to the men at Walker: when asked about their impressions after each piece, they spoke of complex emotions, of memories, and of vivid imagery evoked by the music. I was dumbfounded hearing the beautiful and articulate responses to works like Wang Jie’s “The Yearning”; I can’t remember the last time that music “spoke” to me.

The men at Walker made me re-evaluate my relationship with music. On the ride back from the performance, I searched Mischa Zupko’s “Rising” on Spotify and let it play on repeat. I thought of my first experience with the composition—Holly and Mischa’s performance just a few hours before—and laughed to myself for my initial thoughts of harmony and form. It took the men at Walker to make me hear “someone running through a long hallway of doors, searching for someone they had lost; opening each door and seeing them from a distance, from across a field, each time getting farther and farther.”

I had learned from the coordinator of this special program, Alan Bonderurd, that these men had gone through a thorough application procedure before being transferred to this particular prison. However, I also knew that this was no country-club, low-security facility. And, this was quickly borne out during the process of entering the prison, past barbed wire fences and through sequentially accessed security chambers. There were men who were convicted for serious, sometimes violent offenses.

I had, of course, expected that the prisoners would be respectful and attentive to the performer and the music. But, I was frankly unprepared for the degree of focus, concentration and response – both emotional and intellectual – to these recently composed, truly wonderful, but sometimes challenging musical compositions.

Upon entering the large open hall with about 150 folding chairs lined up, Holly asked me if I would be willing to turn pages for composer/pianist Mischa Zupko during two of the pieces they performed on the program, I was happy to assist in any way that may be helpful. But, what I could not know until I was actually on the platform/make-shift stage, was the unique perspective being a page-turner would give me to observe the facial expressions and body language of the seated prisoners as the music was being performed.

There was little or no observable body movements from the prisoners while the music was being performed. Were they just behaving as they thought they were expected to, or was it something deeper, much more sincere than that? As the performance progressed, and as the prisoners offered verbal comments about the music following each piece, it became apparent that many of these prisoners were profoundly and genuinely affected by the music and that it was somehow filling a need in their lives. I could only hope that they would take that experience and use it to help them improve their lives in the future.

From Darrin Hassevoort, Director of Chattanooga Choral Arts, Chorus Master of CSO, and Dean of Fine Arts and Humanities at Chattanooga State

I was nervous and excited about the opportunity to observe the violin and piano recital at Walters State Prison on June 23, 2017. I’ve heard great things about the work Holly and her colleagues are doing in this faith and character based prison, so I was eager to see it for myself. What I saw that day far exceed my expectations. Was I impressed with the work my colleagues and friends were doing at the prison? Yes, more than I can say, but that is not what impacted me the most. The way the inmates and prison staff listened and responded to the music being performed was completely unexpected. I heard an inmate express how the music reminded him of a conversation he recently had with his estranged daughter. He commented, “the silence in the music was just like the silence that took place during a face-to-face conversation with her.” He related the fact that just as the silence in the music had a purpose, so the silence in their conversation had a purpose.  Another man reflected on how one piece felt like his personal journey of finding purpose and meaning in life. As I listened to these beautiful reflections, I realized something. I went to be part of a group that brought beautiful music to broken people, but instead, I was the recipient that day. The inmates reminded me that we are all broken people and that music can help heal our fractured spirits if we learn to truly listen.

The surveys from the prisoners again and again revealed the importance and impact of having living composers present. Here is a small sampling from the survey question, Things I liked most about tonight’s program:

“Hearing from the composers expound on music they wrote. The interaction between Holly and the audience….I love that our opinions matter in this.”

“It’s engaging and it feels productive to talk about it together and experience it together.”

“It allowed me insight into each piece, a deeper feeling and understanding of the music but also the composer.”

“The violin recital gives me peace, it helps me cope with everyday life.”

“The special thing about music to me is that it invades your privacy without permission to arouse your spirits. The ability to witness the beauty of living composers. I’ve been in 27 years and this is awesome.”

“It allows us to participate and think of it in new ways. Having the composers here and to be able to hear what the pieces meant to them.”

“Because it gave the audience time to input.”

“A chance to experience the outside world in a place where culture lacks. I thank all involved for the opportunity to be a part of this, your dime and time away from your families for us. Thank you.”

“Having the varying interpretations allowed me a deeper understanding and appreciation for each piece.”

“To hear audience interpretations contrasted with composers’ intents was interesting.”

“I was able to relax, it was kind of therapeutic.”

“Being able to watch the composers and their movements as they played. Facial expressions, body movements. I could tell that the pieces were personal.”

One of the first things I say to the audience of prisoners at each recital is: Your interpretation is yours. There are no right or wrong ways to experience this music.

Inviting that point of view yielded such an amazing emotional output from prisoners. But it also opened a new perspective to the guests and composers present.

In the fall when these recitals resume, I will be building on these prison recitals. Seeing how the music and interactions with musicians have impacted prisoners so far, I’m positive that sharing more music will offer a key to experience change for good.